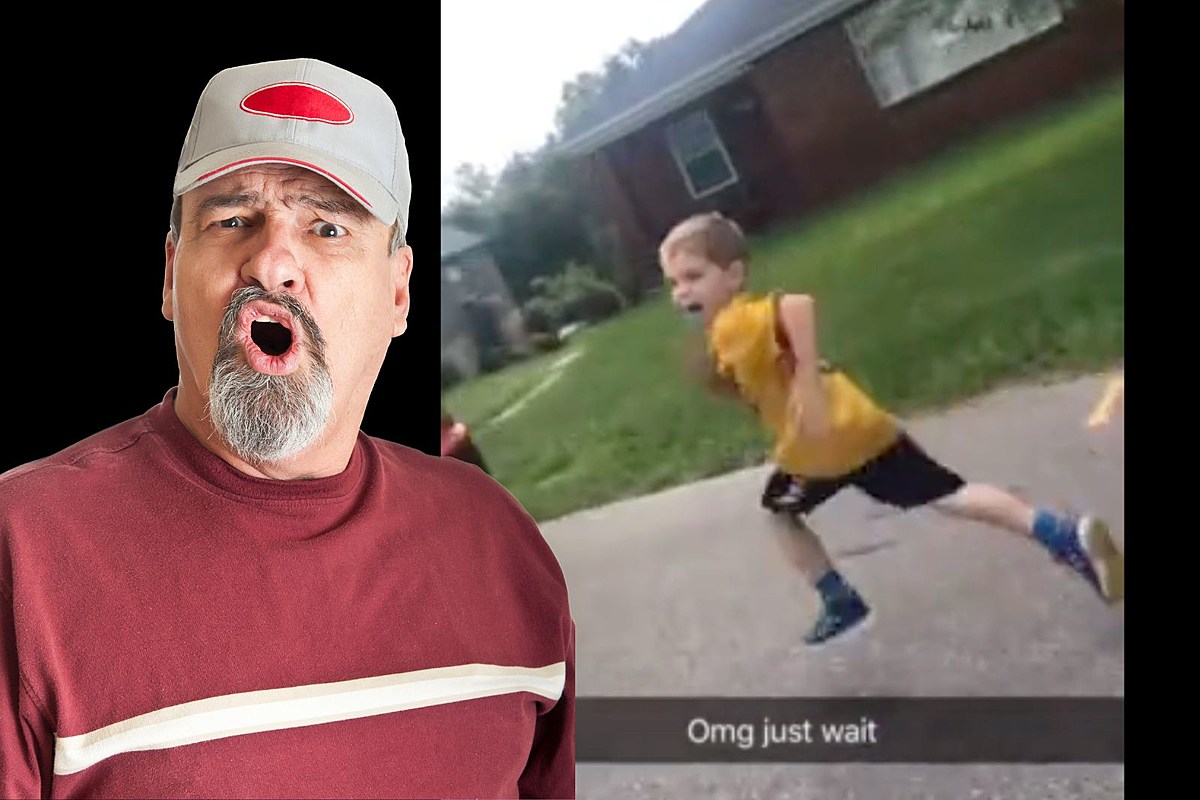 We are so distracted these days that even walking or running down the street can be hazardous to our health. And, behind the wheel, OMG. We’ll talk about that is a whole other article.

Stop, BTW. Stop texting and/or reading a text while driving. Are you insane? Ok, enough, expect an article on this very soon.

Anyway, I found this video on Rumble and it reminded me of my youngest son, Hayden, when he was a little boy. He was constantly stubbing his toe, falling and running into things. He was so fast, it happened in fast motion, then everything slowed down until he popped up and you heard him scream, I’m fine!

I could totally see him doing this exact thing when he was young, playing sports and doing caffeine and sugar.

His parents described what happened in the video like this,

We were at his brother’s football game, and he had too much Kona ice. He jumped on the sugar and said he could outrun the car on the way home. So I let him run and he thought he was winning. Until he hit the car.

Fortunately, the little boy was not injured. I’m sure the whole family laughed about it. You know that the incident will now be a story they will always tell, in the future, when they get together.

Why you should watch the Indian remake of Forrest Gump