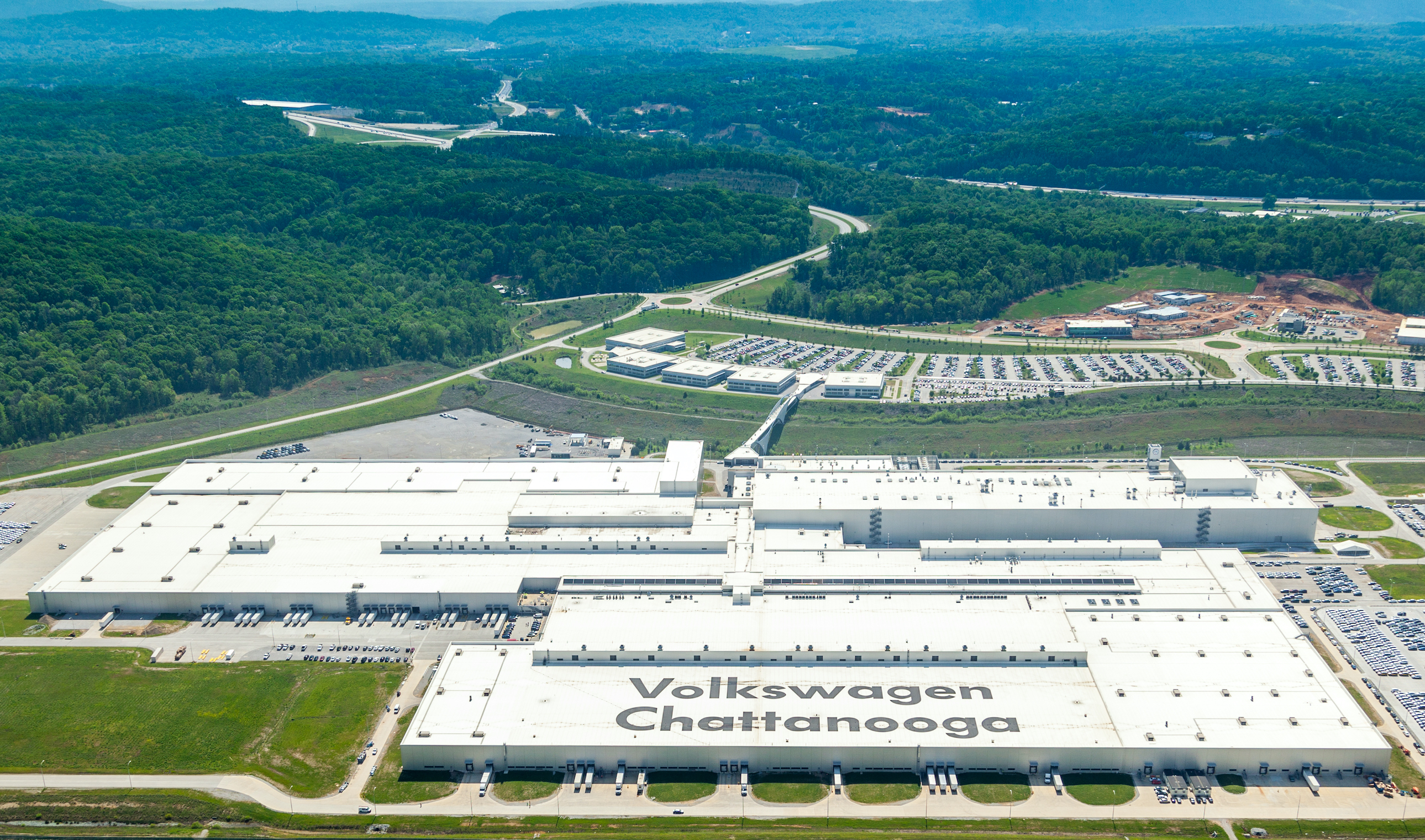 Shares of the German car giant Volkswagen SA (VWAGY -2.52% ) were down on Friday after its CEO told a German TV station the company was burning billions while its factories were idle and may soon have to cut jobs.

Shares of Frankfurt-listed VW were down more than 7% in late trading on Friday. As of 12:00 a.m. EDT, shares of VW’s U.S. depository were down about 6.9% from Thursday’s closing price.

In a TV interview with German broadcaster ZDF, CEO Herbert Diess said that even with most of its factories inactive, Volkswagen still spends around 2 billion euros ($2.2 billion) a week. The company may soon have to cut jobs if the coronavirus pandemic is not brought under control, he said.

VW’s Chattanooga, Tennessee, plant will be idle until at least April 4, the company confirmed this week. Image source: Volkswagen AG.

Diess said VW, which employs around 671,000 people globally, is not making any sales outside of China, where its factories are getting back up and running as the virus threat subsides. VW is studying how it could reopen some of its factories elsewhere without endangering workers, he said.

Diess’ remarks about ZDF were reported by Reuters.

VW announced production shutdowns at all of its European factories on March 16. It has also closed its factories in the United States, Mexico and other parts of the world.

As with most businesses right now, it’s impossible to predict what lies ahead. VW announced strong 2019 results on March 17, but declined to update its forecast to auto investors at that time. The company said it will provide an updated outlook for 2020 later in the year.

Is Cassava Sciences Stock a Buy?

Should I get a student credit card?