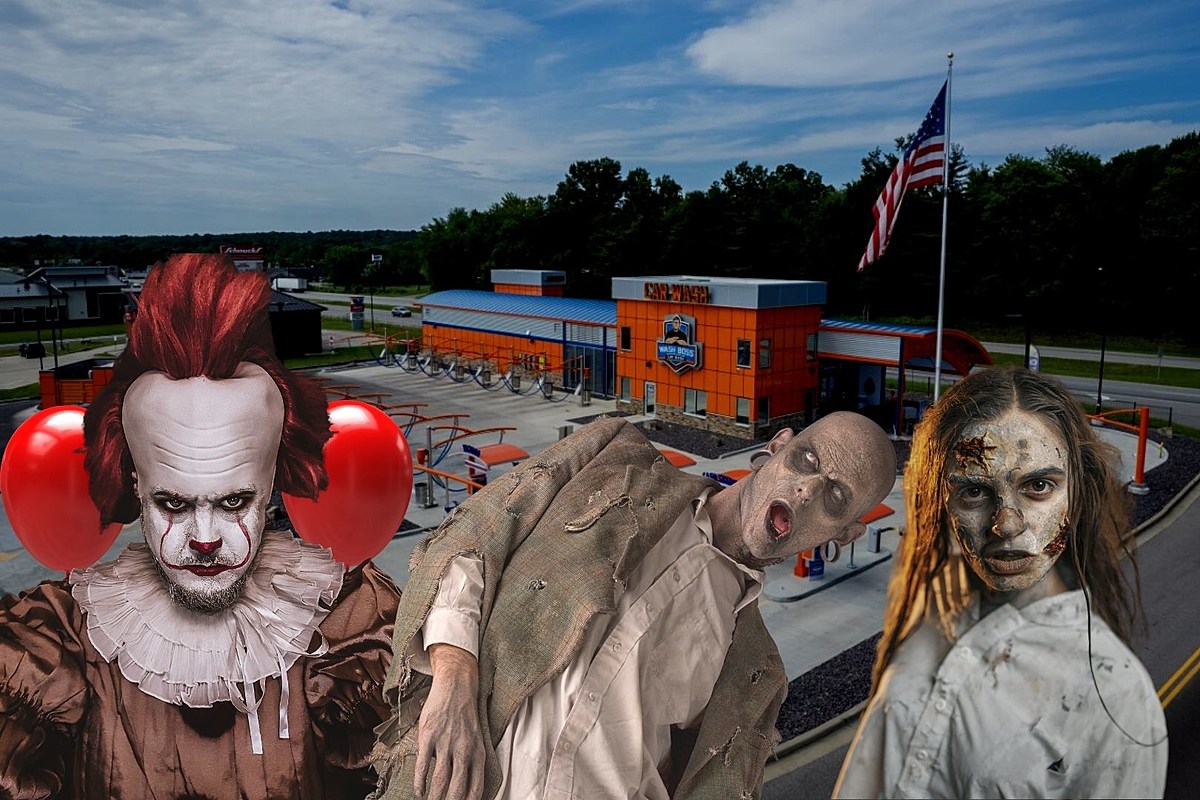 You have the chance to scare or be scared this year at two haunted car washes in Evansville.

What is a haunted car wash?

You’ve been to haunted houses before, but that doesn’t compare to the terror you’ll find inside a haunted car wash. It’s basically a drive-through car wash that turns into a haunted attraction. You will see all kinds of scary things greet you as you walk into the car wash, there will most likely be fog and spooky lights, and you never know who or what might appear next to you throughout the wash. scary car all while having your car cleaned.

Haunted Tunnel at Wash Boss on the North Side of Evansville

There is a newer car wash on Hwy 41 North in Evansville called Wash Boss. It is located directly across from Schnucks. It’s huge, and they decided to do something big this Halloween. They will transform Wash Boss into “The Haunted Tunnel”. This haunted drive-through car wash attraction is said to be very spooky, so get in if you dare.

How your organization can scare people and make money.

The haunted tunnel would be nothing without creepy people inside to terrorize those who drive through it. This is why Wash Boss is looking for organizations to help scare people. They need help on the weekends of October 22-23 and October 29, 30 and 31. Wash Boss is looking for groups of 8-10 people to volunteer each night. 5:00 p.m. to 11:00 p.m. (or until there are no more cars) to come disguised as super scary characters to be part of the haunted tunnel. Volunteers can scare the cars in line as well as in the tunnel and wash.

Here is the cool thing your organization can greatly benefit by helping out. Organizations that choose to help will receive $ 200 each night of volunteering, 2 free Delux washes to use each, and they plan to have food and drink available.

If your organization would like to be a part of the Haunted Tunnel, you can contact Wash Boss’s Zack Fortner at [email protected] or by calling (812) 402-1805.

The month of October fills me with even more passion for abandoned and haunted places and things. I love to research legends, folklore, and stories from all over the world, but especially here in Kentucky. Some of the stories are pure legends with no real facts to back them up. But, I’m a sucker for a good ghost story.

One of those legends involves a small town, a murderous teacher, and mysterious disappearances that have spanned decades. This is what I learned about the legend of Elsewhere, KY.

A construction worker and journalist named Seamus Coffey was volunteering at a senior citizen center and he met a man named Earl. The gentleman was about 80 years old and told him the story of something that had happened elsewhere. KY.

â€œWhen I was little, my father and I went to the Ailleurs general store to buy candy and chicken food. I stayed outside while Father spoke to Mrs. Ellison, the shopkeeper. Handed me the candy. At that point, there was this loud cry from the school. I’m not sure what happened because dad told me to stay in the truck, but after that we never went anywhere else. “

â€œWhen I was a few years older I went back there with friends. We were just stupid kids having fun. My friend Jason walked into school and I never saw him again. We spent the rest of the day looking for him and later the police searched but found nothing. about 60 years old and you’re the first person to mention the place in half a century, son. “

After that, Seamus began to search for all the information he could find on Elsewhere. He found an article in the Louisville Courier-Journal. The article covered a story about abandoning Elsewhere for health and safety reasons. It was dated April 2, 1953. The article also gave him a piece of the puzzle that was missing, the exact location of Elsewhere. The town was located two miles north of New Concord (KY) just off Highway 280. So, of course, he had to get there on his own.

This is the terrifying story of what he found in Elsewhere.

IL woman shocked when ghost appears in photos of her children

As you know, I love anything paranormal. Lately, I have been more drawn to stories and pictures of spirits and ghosts than ever before. I even interviewed paranormal ghost hunters and found it fascinating. I don’t have all the answers, but I like to explore the possibilities.

Seeing things in pictures, once you really look at them, is not uncommon. It really happens more than you might think. It happened to me. Are there spirits that some see and others don’t? Are they real ghosts or just a stain on the camera lease? Are light beams and floating specs just traces of dust and perfectly lit angles?

The thing is, you don’t really know. Those who weren’t there might try to figure out what the image really is to disprove the fact that it might be a spirit. While others will share a similar experience. Appearance and the invisible merge to form an opinion, a credible explanation. But the truth is, while we may not be able to see angels, spirits, or ghosts, some of us believe they exist, some of us don’t. no matter what you think of it. You are either filled with enthusiasm or you do your best to figure it out. In any case, pretty cool.

I came across these photos on the Haunted Illinois Facebook group. I was fascinated by them and contacted the mother who took the photos and asked if I could share them with you. As I always say, you can decide for yourself whether or not you see a ghost in the photos. But, after hearing the story of the mother surrounding the photos, I think a child ghost is exactly what we see.

Not a Halloween fan? Instead, celebrate these October 31 events

The entire month of October is dedicated to All Saints’ Day. But, for those of us who couldn’t care less about a day dedicated to the living dead, there are plenty of other things we can celebrate throughout the month instead.

Eleven dolls found in Indiana attic are believed to be possessed

The doll collection was listed in a County Warrick Facebook group, for sale. Ouch!

Free program of the 31 nights of Halloween 2021

The complete line-up for this year’s 31 Halloween Nights has arrived! It’s packed with plenty of Halloween favorites, as well as some that don’t quite make sense. Either way, it’s always a line you’ll love. Check it out!

â€œHocus Pocusâ€ is one of the most beloved Halloween movies of all time. Here are a few items you might want to buy from Amazon to decorate your home with all that is “Hocus Pocus”!