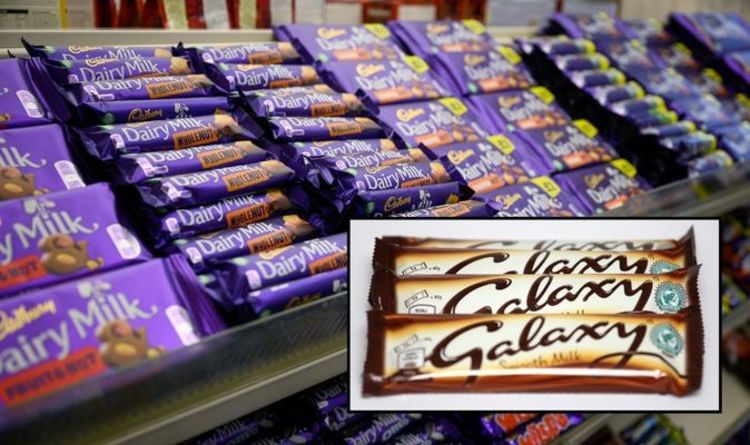 The Secret World of Chocolate: Why Galaxy and Dairy Milk Taste So Different

Dairy Milk and Galaxy have been the country’s most popular candy bars for decades. Tonight on Channel 4’s The Secret World of Chocolate, the show explored the making of chocolate bars.

The narrator said: “The galaxy was invented in Britain in the 1960s and despite being advertised for Cadbury’s Dairy Milk, it had never been a bestseller.”

He said: “There is still something very special about a block of Galaxy chocolate and it’s all about the mouthfeel and taste, because Galaxy’s very fine grain just means it melts really fast and before it melts. you wouldn’t know it, it’s gone, it’s like magic isn’t it.

The narrator added, “With Galaxy falling behind Dairy Milk and Yorkie, Mars had to find a way to rename Galaxy to get it back into the fight, so they did their homework.”

Bill explained, “Cadbury’s dairy milk would be ground to a slightly larger grain size, something like 30 microns to get technical and Galaxy would be down to something closer to 23 microns.

“With Galaxy, we gave it an extra grind, and because it was thinner, the mouth feel of a Galaxy product was much creamier.”

This helped the brand to become more popular in the 1970s, especially with female consumers. “

A recent episode of Cadbury: Chocolate Secrets Unwrapped revealed just how popular his recipe is, which has remained unchanged for over 110 years.

“It was the first, or very early, taste of fat, sugar and milk mixed together.

“Once you mix the fat and sugar with a little cocoa, you’re hooked.”

How is Galaxy chocolate made?

The first process is to finely grind the chocolate down to the micron level.

“This means that we are able to create that signature Galaxy taste – a silky feel that has a richness of flavor – that is so synonymous with luxurious indulgence.”

Chocolate is still made in a crumb oven using the traditional artisanal method of baking chocolate.

Through this process, it brings out the underlying caramel flavor and taste of the cooked milk.