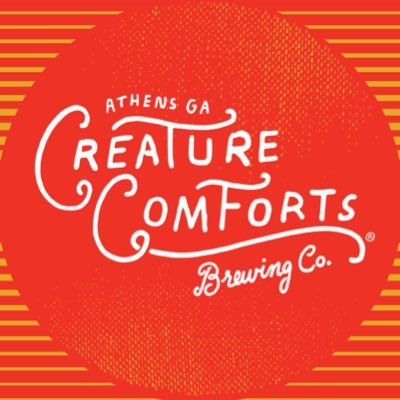 ATHENS, Georgia – Creature Comforts Brewing Co. will launch Belgian-style beer, table beer and milk carrier, Koko Buni in November. Both beers return to the brewery’s tap room on November 5 and will be available in markets across Georgia shortly after the on-site release. Table Beer returns to Creature Comforts this fall, in partnership with Giving Kitchen. The limited supply will be available at the Brewery and in the Brewery’s Georgia Markets in early November.

Creature Comforts is launching Table Beer to support Giving Kitchen (GK), a non-profit organization that provides emergency assistance to food service workers through financial support and a network of community resources. Their goal is to create a food service community where the crisis is handled with compassion and care. Since its inception, GK has served over 8,000 food service workers.

Table Beer is a Belgian hop-forward style beer (4.2% ABV) with Sterling, Saphir, Lemondrop and dry hopped with Cascade and Comet. Refreshing and accessible, Table Beer has an earthy, floral and hoppy citrus character balanced by complex flavors of Belgian yeast, which lead to a subtle bitterness on the finish. 100 percent of Table Beer profits will go to Giving Kitchen.

Table beer will be available on draft and in packs of 6 x 12-ounce cans. For more information on Giving Kitchen, visit Givingkitchen.org. Learn more about the partnership here Just in time for cooler weather, Creature Comforts’ Koko Buni, Milk Porter, is out this fall. Koko Buni will be available on draft and in 6-pack 12-ounce cans onsite in the faucet room as well as throughout the brewery’s distribution area in November.

Koko Buni is a rich, velvety and balanced Milk Porter (6.5% ABV) infused with toasted coconut, cocoa beans and coffee. The coffee is an Ethiopian blend of 1000 Faces Coffee. Cocoa beans are Ecuadorian from Athens, Condor Chocolates from GA and Haitian from Ethereal Confections in Woodstock, IL.

The brewery was inspired by the ingredients for the name of the beer. “Koko” translates to coconut in Papiamento, a language commonly used in the Caribbean, and “Buni” is derived from the word for coffee in Amharic, the main language found in Ethiopia. Continuing in an effort to work frequently with local partners, Creature Comforts worked with Athenian artist David Hale on the design of the box.