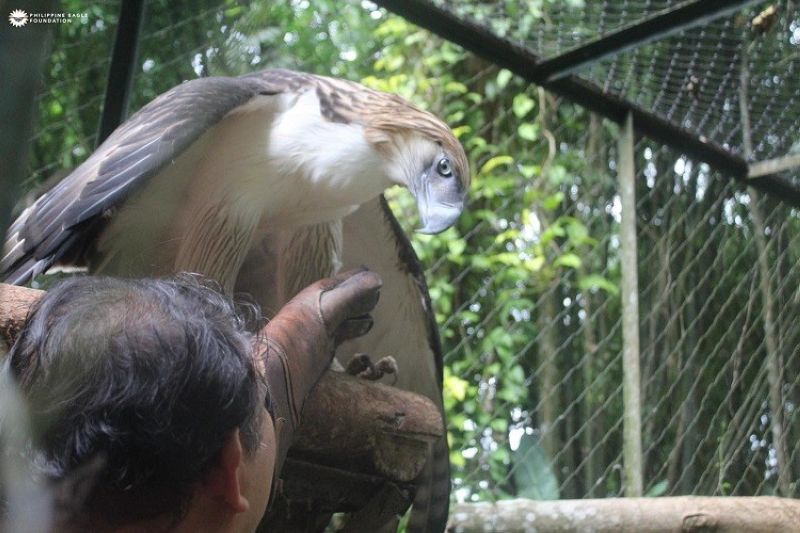 A few years ago, the rest of the country knew about Davao City for some brands and items that are only Davao. Among these are the waling-waling, the durian and the Philippine eagle. Before the emergence of social media, if you’ve never been to Davao, there’s a good chance you only knew the city from these three popular brands.

But times have changed and the Dabawenyos also began to chart paths and directions, still only in Davao, but made the city better known nationally and globally. The innate initiative and community concern among the Dabawenyos has enabled them to launch campaigns and advocacy that have become known to non-Dabawenyos.

The Philippine Eagle Foundation (PEF) is a non-stock, non-governmental, non-profit organization that works to ensure that the endangered Philippine eagle does not become extinct. Located in Baguio District, Davao City, PEF is home to wounded eagles captured from the wild, weak eagles that would need a safer place to recover and breed.

Because the pandemic had restricted mass gatherings and movement of people, there had been fewer visitors to PEF, but they are continuing their fundraising and campaigning initiatives to support the Philippine Eagles and raise awareness about the project. .

They are partnering with private organizations and individuals who also share the same love and concern for the Philippine Eagle to raise funds for their protection. The Panuandig Lumadnong Panaghiusa (PALUPA) women of Barangay Ganatan, Arakan, North Cotabato, for example, create plush versions of wild birds they call Stuffed Animals for conservation. A portion of the proceeds will go towards the conservation of the Philippine eagle and other endangered wildlife in the care of PEF.

Malagos Chocolate from Puentespina Farms in Malagos, Davao City is one of the Davao-grown chocolate brands that has been recognized around the world. They promote the production of chocolates from tree to bar, which allows the import quality of their products.

Determined to help reduce single use plastic (SUP) around us, Winder Recycling Corporation founded by Engr. Winchester Lemen transforms the SUP to make tables, chairs, pots, bricks and many more. According to Ing. Lemen, the technology they use has undergone rigorous study and research to ensure the stability and durability of the by-product.

In an interview, he said that they are particularly keen to work with SUP as these types of waste are not accepted in secondhand markets because they are not recyclable. Converting them into sturdy materials will extend their lifespan while reducing waste dumped in landfills and the ocean.

Dr Bo Puentespina, CEO of DTBC, said 60 percent of our waste is biodegradable. By law, this waste should be segregated at source and should not end up in landfills. Using technology patented in Japan, he founded the Yellow Drum Project. A 60-liter yellow drum is delivered to the homes and establishments (especially restaurants) of subscribers. They will fill this drum with biodegradable waste and will be recovered by DTBC for treatment in their Toril plant.

The technology they use is patented in Japan and they are the only ones in the world licensed to use it. They use hyperthermophilic aerobic composting that uses Calditerricola satsumensis, a special bacteria that helps natural decomposition without the odor.

Currently, Puentespina and Lemen are trying to partner with Davao City Government to reach more Dabawenyos and bring more meaningful change to the waste problem in Davao City.