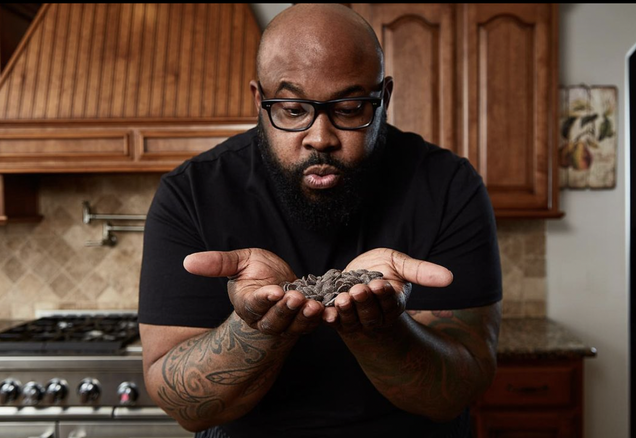 Memphis Chocolatier has turned candy making into an art form

When it comes to luxury chocolates, Phillip Ashley Rix has the game under lock and key. His Phillip Ashley Chocolates earned her celebrity fans, including Stevie Wonder, as well as a spot on Oprah’s coveted favorite things listing.

A simple glance at its menu will leave your mouth watering. It has many creative ways to satisfy your sweet tooth, including artisan caramels infused with Kentucky Straight Bourbon in a dark chocolate shell. And if you’re looking for something tasty, its Soul Food Collection includes flavors like Memphis-style barbecue sauce mixed with dark chocolate and fried chicken skins mixed with blond chocolate and smoked sea salt.

But the guy Forbes calls “The Real Willy Wonka” never imagined that he would make a career in confectionery. The root had the chance to speak with Phillip Ashley Rix about how he managed to make a living making chocolate.

Growing up in Memphis, Rix said he was a kid with a wild imagination and said Fraggle Rock, Reading Rainbow and LEGO were some of his favorite things.

Although he always loved cooking and grew up in the kitchen with his grandmother, Rix said he never thought of a career in the food industry. “I went to chemistry school and originally planned to go to medical school,” he said. “I found myself in business in the logistics supply chain with consumer packaged goods.”

But in 2007, Rix, who has always been a fan of the Willy Wonka story, decided he wanted to do something different. “I woke up at 3:00 a.m. one morning and decided I wanted to be a chocolatier and make chocolate for the rest of my life,” he said.

Using his background in chemistry, Rix spent the next three years learning how to make chocolate. “I learned about the history of chocolate, its West African origins and how almost 70% of the world’s chocolate comes from West Africa,” he said.

But he also wanted to incorporate his love of art into something beautiful. “My uncle is a professional painter and he used to take me to art galleries. He exposed me to Basquiat and Monet at a young age. And now I try to implement that in what we do visually and how we present our chocolate,” he said.

When asked to name his favorite chocolate, Rix says he hasn’t done it yet and he doesn’t want to. “When I started down this path, I wanted to be able to make chocolate 365 days a year and be able to sell it. My approach to chocolate is to be able to turn concept into flavor and communicate that flavor through chocolate.

More from The Root

The easiest dessert to make on National Chocolate Day