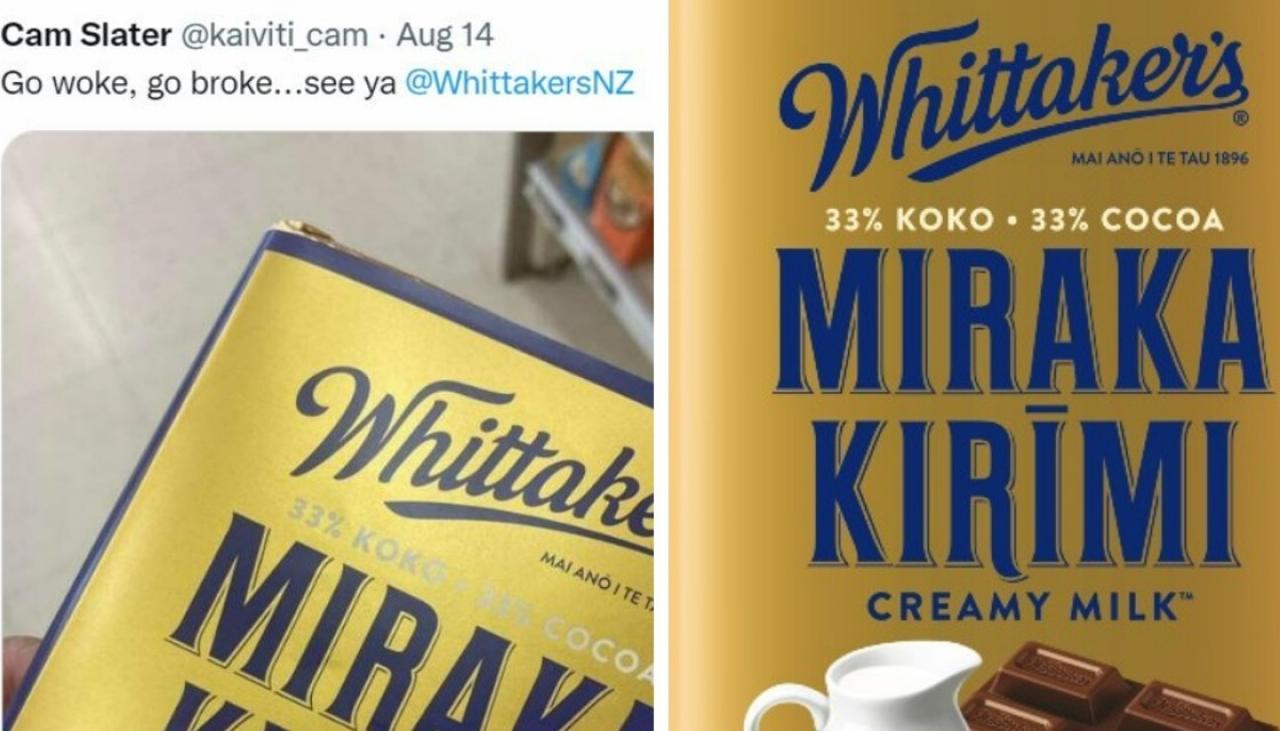 Whittaker said they were proud to be part of the celebration that helps revitalize Reo Māori.

“We hope Whittaker chocolate lovers will enjoy sharing a block of Miraka Kirīmi with their friends and whānau,” he said.

The company is supported by the Maori Language Commission, Te Taura Whiri i te Reo Māori, which helped translate the labels.

But it looks like a few social media users didn’t approve of notorious right-wing blogger Cameron Slater tweeting ‘Go wake up, go broke…see you soon @WhittakersNZ’, alongside a photo of the renamed label.

And it seems the Kiwis disagree with Slater whose tweet prompted dozens of people to pledge their support for the special-edition chocolate.

“Imagine being so racist you get tripped up by a block of chocolate. Time to go buy a whole bunch of Whittakers,” one person tweeted alongside the hashtag buywhittakers.

They weren’t alone with another addition: “Hardly ever buy chocolate, it’s a luxury my wallet and waistline can live without, but I bought 4 large Whittakers blocks this afternoon. This evening, we party.”

“I’m buying a case of Whittakers as soon as I finish this tweet,” said another.

“Thanks for the reminder that I need to buy more Whittakers! Incredible how many racists are losing their minds over a Kiwi company using one of the official languages ​​of Aotearoa on their packaging,” another user commented. social media.

“Great to see the Whittakers doing Te Reo. The official language of Aotearoa in New Zealand and a beautiful language,” one person said in response to Slater’s tweet.

Meanwhile, others have suggested that Slater unwittingly helped the chocolate company make sales with his tweet.

“I expect Whittakers sales to explode now. Why pay Nigella big money when you can just piss off Cam Slater for instant near-universal approval?” a person interviewed.

“How to Increase Whittaker Sales. I’m Going to Get This Now!” said another.

“I’m going to drop the kids off at school and exercise my political and consumer rights by buying Whittakers, hopefully I can find the Te Reo bloc…vote with my money for the kind of world I want,” he said. added another.

Te Wiki o te Reo Māori is celebrated from September 13 to 19 every year.