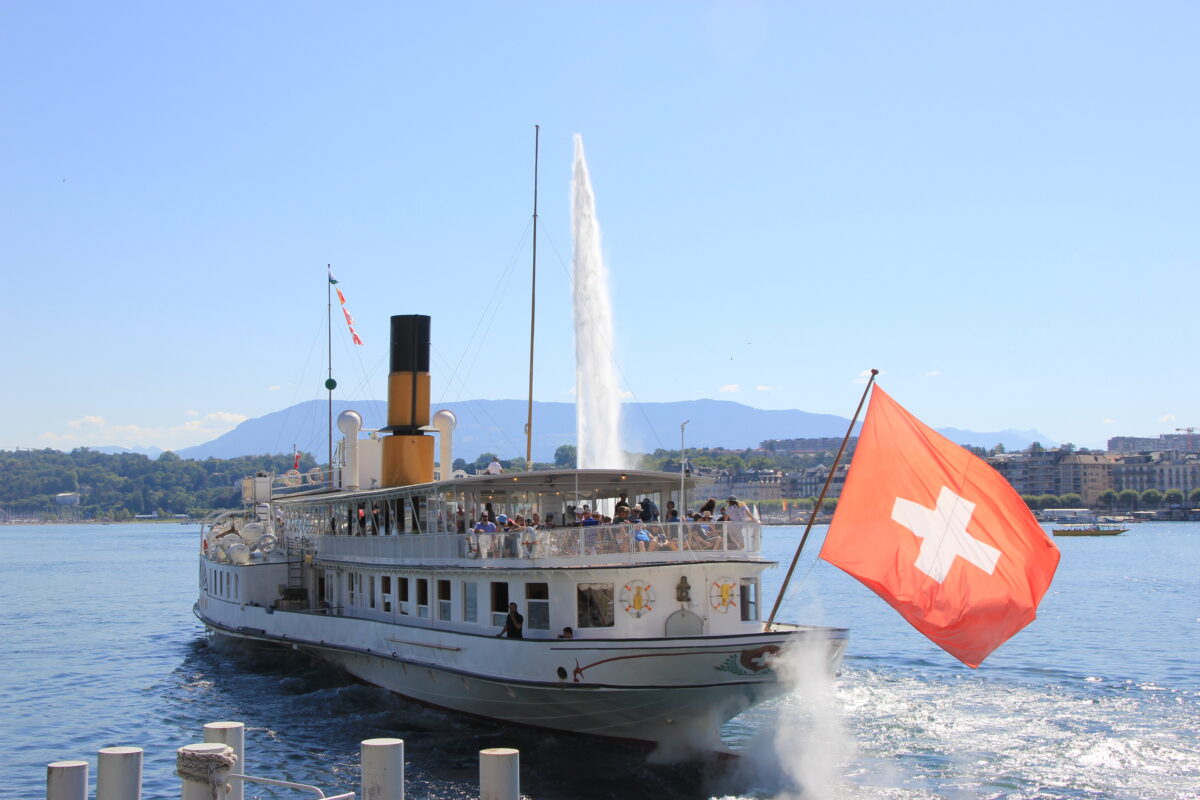 Discovering the Swiss city of clocks and chocolate

From the elegant Jet d’Eau fountain to the prolific chocolatiers of the Old Town, Geneva has something for everyone

Geneva is known as a predominantly business city, home to trusted banks and headquarters of international organizations. But its reputation as a source of excellent cultural and culinary experiences is catching up. The “smallest metropolis in the world”, as it is sometimes called Geneva, is a beautiful place on the edge of a crystal clear lake with the Alps in the background. The museums fascinate young and old, the parks delight with their green setting, the buildings charm with their architectural diversity and the chocolate shops conquer all gourmets. The Swiss city of Geneva will surprise even the most discerning travelers.

The emblem of Geneva is the Jet d’Eau. It can be seen from almost every part of the Old City and even while flying over the city at 33,000 feet. The fountain was installed as early as 1886, originally as a safety valve to control the pressure released by the nearby Coulouvrenière hydraulic plant.

In 1951, Jet d’Eau moved to its present location and the maximum height of the jet was increased to 460 feet, approximately 160 feet higher than the Statue of Liberty. For a long time it was the tallest water fountain in the world, but locals weren’t keen on chasing records. “An old law dating back to when Geneva was Catholic states that nothing can be built higher than the cathedral so that it is visible from all angles,” explained tourist guide Margaux Cañellas. “So when the Prince of Arabia erected a water fountain even higher, a referendum was held with the locals to see if the jet should be extended higher. But they feared they would no longer see the Alps, so here we are.

Anyone who wants to be captivated by the awe-inspiring interplay of city, lake and technology should board a “Geneva Tour” cruise departing from the Quai du Mont Blanc. During the one-hour trip, the boat offers breathtaking views of the Jet d’Eau, Mont Blanc (the highest mountain in Europe) and the sophisticated Belle Époque villas on the shore. For short journeys, the “gulls”, a kind of water taxi, allow crossings from one bank to the other. “In the summer, people hang around the lake to sunbathe or do water sports,” said Trishala Ratnapala. “A favorite place is the Bains des Pâquis, 19th century public baths and saunas built on an artificial peninsula.

A city of the world

Strolling through Geneva, the international flair and over 500 years of traditional watchmakers, gemstone cutters and jewelers are equally tangible. The big names in the luxury industry line the promenade. Many renowned Swiss manufacturers such as Patek Philippe – the brand even runs a museum in the city – and Rolex are still based in the city, which is also home to over a hundred international organizations such as the United Nations, the World Health Organization, and the Red Cross (founded in Geneva in 1864). The atmosphere of the city is cosmopolitan; almost 50% of its inhabitants are not Swiss.

An international who left his mark on Geneva was Charles d’Este-Guelph, Duke of Brunswick, a well-known linguist, musician and eccentric. Expelled from his duchy in 1830 in what is now Germany, he went into exile in various European cities, including Paris, where he made his fortune, then Geneva. While staying at the Hotel Beau Rivage, he enjoyed the view across the lake to Mont Blanc so much that he bequeathed his wealth to the city on the condition that a white marble mausoleum be built, from which he could cherish those views forever. There had never been such a request before in Geneva. “The architectural style here is quite simple because we are a Protestant town. This mausoleum was erected in the neo-Gothic style, which has nothing to do with everything else. But when you look closer, you can see that the Duke’s skull is turned towards the lake and, resting on his back, the view is actually away from it. That’s how petty the town fathers could be,” Cañellas pointed out.

Almost opposite the Brunswick Memorial, on the other side of the lake, is the Jardin Anglais, Geneva’s most popular urban park, created in 1855 on a former port site. The famous flower clock, L’Horloge Fleurie, is the symbol of the city’s watchmakers. The composition of fresh flowers is planted in such a way that they bloom alternately and change the color of the plant depending on the season. Next to it stands the National Monument commemorating the integration of Geneva into the Swiss Confederation.

Another magnificent green space is the Parc des Bastions. It is located on the site of an old botanical garden, so many green plants have been preserved there. Visitors can play giant chess with the locals, explore the Einar Palace where the town hall is located, and see the University of Geneva building with its library. The main attraction is the Reformers’ Wall with its larger-than-life statues of Calvinist figures from Theodore Beza, John Calvin, William Farel and John Knox. Hungry travelers should stop by Kiosque des Bastions, an eclectic brasserie with an urban jungle interior design and al fresco dining in the summer.

The old town is dominated by Saint-Pierre Cathedral, but the real center is the old Place du Bourg-de-Four. According to research, municipal assemblies were already held in the square in Roman times and cattle were sold there in the Middle Ages. Today, the sites of interest are the Palace of Justice, the Exquisite Fountain, the Lutheran Church and the Statue of Clementine. It’s a popular place to enjoy a cup of coffee; or, for local Swiss dishes like fillets des perches, Les Armures restaurant is just a short walk away.

Switzerland is famous for its chocolate and Geneva lives up to that reputation. Hundreds of sweet concoctions are made every day by more than 30 chocolatiers, from well-established producers like Lindt and Stettler to small artisan shops like Sweetzerland and Favarger. The latter was founded in 1826 by Jean-Samuel Favarger in the heart of Geneva. It is one of the oldest chocolate makers in the city and it keeps original recipes 200 years old, all refined over time. “Our most famous product, avalines, was created in 1922. The name comes from the Spanish word avellana, which means hazelnut, and they are made from couverture cocoa, fresh Swiss milk, hazelnuts, almonds and vanilla from Madagascar”, explains Marion Pezzaglia. , which manages the Favarger stores. With the new “Choco Pass”, foodie visitors can visit seven chocolatiers in Geneva and sample some of the finest chocolates at their own pace.

If there’s room left in baggy pants, the 3.5-hour Chocolate Flavors Tour will unveil the secrets of chocolate’s origins, seduce with six tastings, and perhaps settle the question of whether white chocolate is really chocolate. . “I’m afraid I can’t really comment on that,” laughed Margaux Cañellas. “I am a neutral Swiss!” But in the end, it doesn’t matter, when the chocolate paradise is near.

How people around the world drink hot chocolate