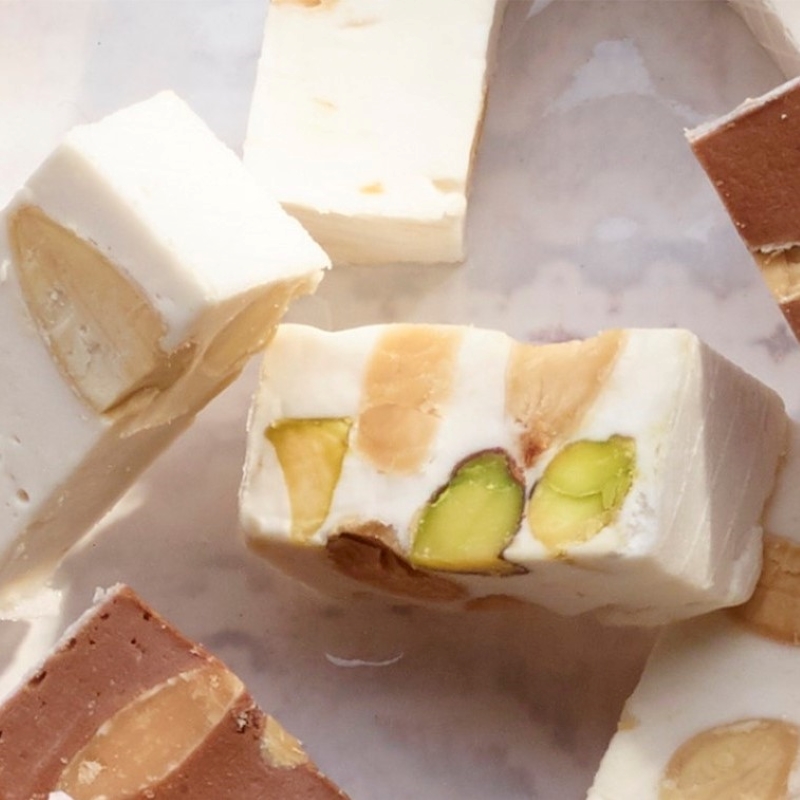 
01 Feb 2022 — Environmental and personal health trends are driving the confectionery segment – and this is evident at ISM and ProSweets 2022 as the plant-based and vegan NPD is showcased.

Boosted by the COVID-19 pandemic, the importance of immunity is highlighted. Vegan NPD is one of the most notable trends in confectionery with claims of high quality transparency and sustainability messaging.

Food preferences and religious beliefs are all catered for and explored in the sweet space.

FoodIngredientsFirst talk to confectionery specialists about developing plant-based confectionery products and the challenges they encounter along the way.

The Ghent company Vital, for example, has replaced egg protein in its nougat. The company had to undergo rigorous testing and extensive research to find the right protein with the structure of egg white and a neutral flavor that would not alter the quintessential flavor of nougat.

“During the COVID-19 period, we did a lot of R&D on vegan nougat. It was quite a challenge because we had to replace the common egg white with another protein that is not another allergen for chocolate manufacturers,” says Laurian Dumon, Sales and Customer Relationship Manager at Vital. FoodIngredientsFirst.

The company aimed to replace the traditional chicken egg white, as an aerator, an allergen used by chocolate manufacturers.

“We replaced our common egg white with potato protein. We did a lot of research on that. We found that the potato protein had a very neutral flavor,” says Dumon.

Vital’s team researched the potential of pea protein for use in nougat, but found that the taste of pea tainted the classic nougat flavor.

“We have called many of our supplier partners who have substitutes for the common egg white. And, of course, we’re using chicken egg white for the time being. But it’s an allergen that a lot of chocolate manufacturers don’t want in their product factory,” he says.

After market analysis, different vegetable proteins such as soybeans, rice, potatoes and peas were tested and selected. Honey was replaced in the recipe and vegan granulated nougat was created.

“We have done many tests with potato proteins and found that the structure is very similar to the protein we are using. You have to whip the protein with the egg white and it has risen nicely,” says Dumon.

Vital sources ingredients as close to head office as possible to ensure products are produced sustainably. The sugar comes from Belgium, the glucose from the Netherlands, the almonds from Italy and the pistachios from Spain.

In order to meet current market standards, the Sodibel Group’s Yolloh candy brand has published three key claims; vegan, gluten-free and gelatin-free for 25 candy styles that appeal to adults and children such as gummies and hard candies.

“We live in Belgium, a country with many different cultures and religions, so we want to make everyone who goes to the supermarket to buy sweets happy,” said Gauthier Solarski, account manager at Yolloh. FoodIngredientsFirst.

Gelatin is produced from animal fats and is not intended for consumers of the Jewish or Islamic faith. When candy manufacturers ignore vegan claims, they exclude a significant portion of the consumer base. Many consumers seek out gluten-free products on the premise that they are unhealthy for the gut microbiome.

To contact our editorial team, please email us at [email protected]

If you found this article useful, you may wish to receive our newsletters.
Subscribe now to get the latest news straight to your inbox.

Where to dine, grab takeout for Valentine’s Day in Marin – Marin Independent Journal

MISS OLIVIA: Adjust the sweetness of these delicacies to your taste | Community